Company history - About us

one river.
one family.
one passion.

For generations the Brandner family has been passionately involved in work with and on the Danube. The intimate bonds with the river and the ecologically sustainable approach to the use of natural resources have been part of the company's philosophy since the family began to keep records in 1776.

The involvement of the BRANDNER shipping company on the Danube goes way back to 1776. In the beginning the company was responsible for the transportation of timber on floats as far as Vienna and Budapest. Later the company concentrated on freight and tanker transportation. From the mid 70s the main focus of activities shifted to marine engineering. 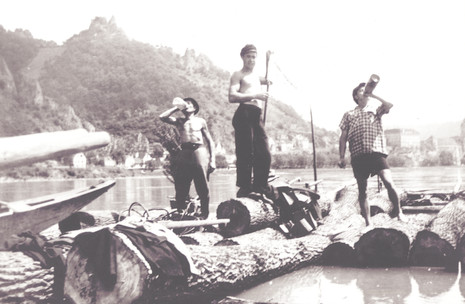 In the beginning -
built by hand

The first ship was built with their own hands over a period of five years.

Known back then as Schifffahrtsgesellschaft Gebrüder Brandner the company expanded rapidly. Until the mid 1970s the company mainly focused on tanker shipping – as the only privately owned shipping business with 160 employees working alongside a state-owned enterprise. However, in 1976 the exceedingly low prices offered by the state-owned company forced the three brothers, Franz, Ludwig and Josef Brandner, to sell off their entire tanker fleet. In the following years emphasis was placed on the marine engineering sector and innovation in the production of diggers and dredgers never before seen on the Danube; the machinery being particularly successful when deployed for the construction of hydroelectric power stations. 1982 there were 223 people working for this family-owned business. 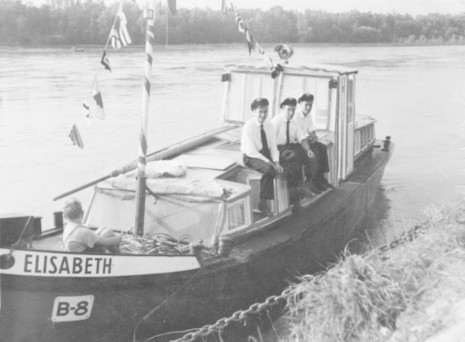 ... the three Brandner brothers sold the majority of their marine engineering machines and invested their decades of experience in the development of the multi-purpose boat 'Drei Gebrüder' (Three Brothers), a ship able to carry a greater load than any other vessel on the Danube. During the following 26 years they were successful in numerous business fields including the retrieval of pebbles and gravel, sand, granite, marine engineering and hydrographic surveying. The family-owned business has earned a reputation as marine engineering specialists along the Danube and far beyond the Austrian borders. In 2012 BRANDNER Wasserbau GmbH was sold. 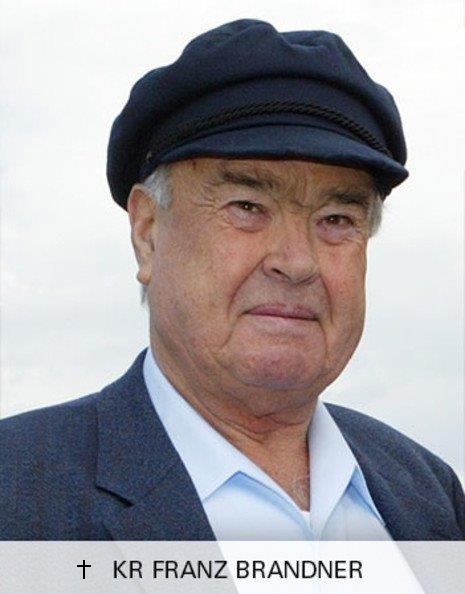 The new age of shipping

The passenger shipping business received a jolt in 1986 when the government-owned shipping company announced it was no longer to sail the route between Linz and Melk. The three brothers purchased two Dutch ferryboats to serve these routes. However, the legal situation made it impossible to provide this service via a privately-owned company on the Austrian part of the Danube.

On the 30th September 1995 the sisters Barbara and Birgit Brandner bought a ship anchored in Wallsee, the MS Austria, from a Dutch shipping company. The idea that the ship might leave the Danube forever made the sisters' hearts bleed. Having bought the ship, the dream of becoming involved in passenger shipping finally came true.

Within a short period a marketing plan had been put together and in just a few weeks in its home mooring in Wallsee the MS Austria was given a complete interior refurbishment. In April 1996 the ship was proudly relaunched bearing a golden crown and the name 'Die Königin der Wachau' (The Queen of the Wachau). Ever since it has provided a scheduled service within the Wachau region. At the beginning of 2003 the BRANDNER shipping fleet was joined by a passenger ship named ms austria princess 'the little sister of the MS Austria'. For over a decade the diminutive but distinguished charter boat has been a popular venue for corporate events, weddings and a wide range of private festivities.

What began very negatively was transformed into a positive. Several nationalised mooring stations were off limits to private shipping companies. This caused Brandner to put their nautical know-how to good use when in 1996 they began to build their own attractive, modernly equipped mooring facilities. Passenger shipping now offered a whole new level of services and facilities for the embarkation and disembarcation of guests – and the foundations were laid for a whole new business field: the operation of station stops.

In 1999 there were already 10 of these high standard station facilities between Linz and Vienna. Then, in April 1999 the county of Lower Austria bought 18 of the Lower Austrian moorings that had previously belonged to the nationalised Austrian shipping company. A cooperation agreement was made to manage the stations for regular scheduled cruises, day-trip tourism and cabin cruise passenger shipping. BRANDNER Shipping, the county of Lower Austria and the town council of Korneuburg founded the first public and private partnership of its kind on the Danube entitled Donau Schiffsstationen GmbH.

This constellation has a wide range of benefits. Customers now deal with competent and knowledgeable service providers. The partners are able to coordinate provision for the variety of requirements expressed regarding jetty facilities along the Danube. They offer a centralised reservation system that optimises the logistical distribution among the individual jetties and stations. Streamlined, professional organisation is combined with clean, tidy, modern and attractive stations offering consistent quality to provide the best possible service for customers. Since 1999 there has been a continual process of development, upgrading and expansion. Donau Schiffsstationen GmbH has been responsible for a sequence of 7 moorings in a row along the river. There are now 36 Danube stations between Linz and Budapest.

The management of Donau Schiffsstationen GmbH was conducted by Birgit Brandner-Wallner (Mag.) in cooperation with the representative of the Lower Austrian regional government, Prof. Christoph Madl, MAS. In 2013 Brandner took control of the business share owned by the Lower Austrian government and the town council of Korneuburg.

Donau Schiffsstationen GmbH is owned by Birgit Brandner-Wallner (Mag.) and she manages it together with her husband Heinrich Wallner (Mag.).

On 30/10/2014, died KR Captain Franz Brandner, the Danube’s last “Nauführer”.
All his nautical knowledge and know-how were the basis for the following companies, BRANDNER Schiffahrt GmbH and Donau Schiffsstationen GmbH.
Ministerial Counsellor DI Vorderwinkler of the Supreme Shipping Authority noted in his obituary that Franz Brandner had been a seaman in his ideal-typical form. Challenging, but even ready to the last, a captain with legendary knowledge of the river and its characteristics, with an extraordinary sensitivity for his ship. Franz Brander was an exceptional personality who bore all these qualities in a unique way.

Check your moorings and the current Danube water levels.